​Maurice G. Hitchcock's lifetime spanned the era of the timber industry that  started with brute power when he drove a team of horses hauling logs from woods to sawmill. Sixty years later his flourishing sawmills in Oregon, Washington and Idaho were utilized the latest electronic computerized equipment. He maintained contact by flying regularly to each of his sawmills, to farflung customers who might have a problem and to the cities from his office in the hinter-lands of south central Washington.

​..." There Goes Maurice"​   marking the beginning of the Krogh Empire

​​Shortly after the Hitchcocks purchased Yakima Indian timber in 1950 and moved from Sisters, Oregon, to the sleepy little town of White Swan, Washington, his neighbors became accustomed to hearing his planes taking off from his private airstrip.

The world was a better place for having a man like Maurice G. Hitchcock for nearly seventy-seven years he spent on earth. He was a caring man, a loving husband and father. His employees and business associates loved and respected him. The folks of White Swan still remember when Maurice's plane would take off and they would smile and say; "There goes Maurice!"

Bob Krogh married Molly, one of the youngest Hitchcock daughters, and became as deeply involved in the sawmill industry as his father-in-law. He later purchased CFI, Clearwater Forest Industries in Kooskia, ID where he had his family and restarted the Hitchcock legacy in the timber industry. Today Bob Krogh along side his wife Molly Krogh own three mills in Idaho which include Tamarack, CFI, and the newest addition IdaPine.  Bob and Molly's children, Jeff, Rodney, Mark and Andrea all followed the legacy as well, working alongside their family and friends keeping the industry alive and flourishing. 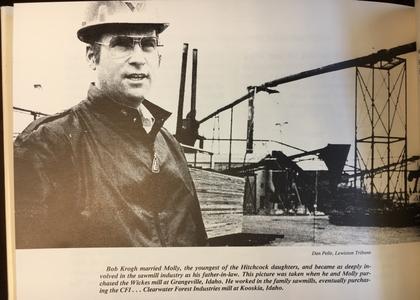 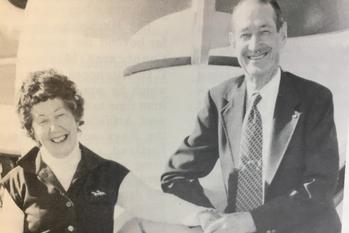 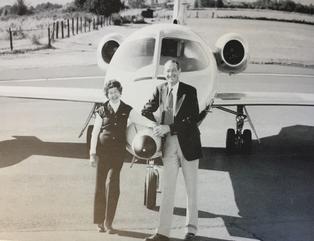 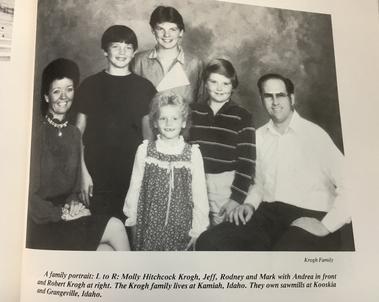 ​​This is more than a story about a flying lumberjack. It is the story of a wonderfully successful and loving marriage that lasted more than half a century. Maurice and Kathleen Hitchcock raised five children who have become involved in the family lumber mills. A fourth generation (Maurice's father originally established the Hitchcock sawmill operation) is pointing in the same direction.